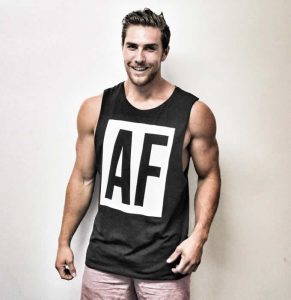 “Always skeptical of supps that seem too good to be true, I won’t lie, when Terry told me about GO2 it was tough not to roll my eyes.

HOWEVER, hung over and tired after a big weekend, I decided I could use all the help I could get to grind through a solid Metcon of rowing, doubles and burpees.

I took a massive gulp** of GO2, held it in my mouth for about 30 seconds (as instructed by Terry) and then wondered if I’d just drunk a massive gulp of pool water.

15 minutes or so later I started my workout.

I was blown away.

My breathing seemed effortless and every breath seemed to bring life to my previously shattered body – I actually felt better during the workout after GO2 than I had before it.

I’ve continued to take GO2 almost daily before my Metcon and truly believe it has helped my breathing and aerobic capacity significantly.